Overcome the nutritional deficiencies of the children of Makalu 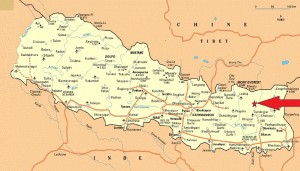 In the valleys of Makalu (district of Sankhuwabha), the whole population has a food mainly based on rice and cooked vegetables.

The vitamin deficiencies linked with the absence of fruits lead the children to be constantly sick (colds, pharyngitises and bronchitises).

Araucaria collaborates with Friends Of Nature, Nepalese association of young academics to bring to the children the vitamins which are lacking to them. 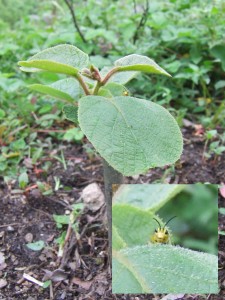 The project has a life expectancy of 5 years. It began in April, 2014 with the plantation of 200 trees in the farm of Friends of Nature (experimental phase). It continues in 2015 by the training of 60 farmers and the plantation of 30 trees for each of them, given by FON. After the project in 2019, the organization will be totally independant of external helps.

It is necessary to wait 2 years before trees produce their first harvest.

At the end of 2017, the farmers will proceed to their first harvests.

In March, 2018, the harvest by the 60 farmers will allow to widen the distribution in schools and to begin the first social actions, in particular four Health Camps over the year and the equivalent of 15km of tracks repaired according to the decisions of the committees of villages.

A 135USD donation corresponds to the plantation of 10 trees with kiwi and their reached maturity. They allow to complete the diet of more than 30 children over the year and as long as these trees will push(grow)!

Our projects in Nepal
Friends of Nature, Makalu, Nepal, Nutrition
A School for Chyaksa danda
Burkina: Dispensary of Nobéré